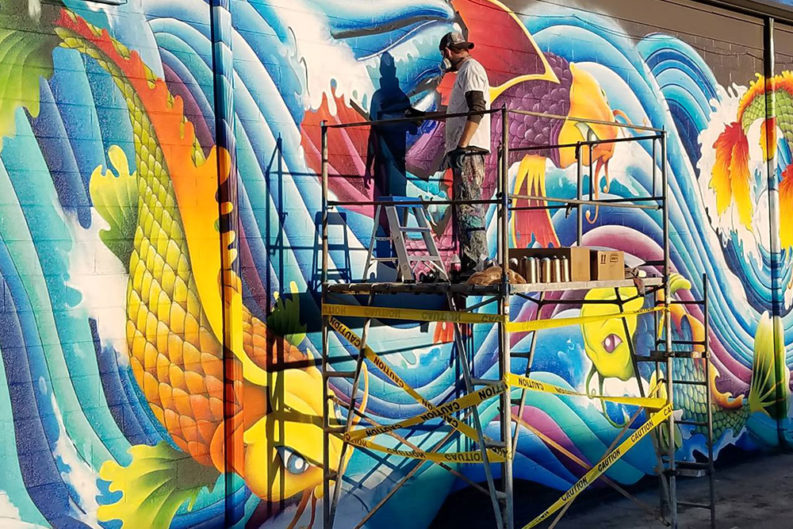 Curtis Glover’s murals have been making a impact on Knoxville. He has been creating vibrant murals throughout Knoxville, but while his work is gaining recognition. Being an artist was not always the plan for Glover. After college, he returned to his love of art and started working at local art galleries. Creating murals was a side project before he realized it is his passion. His first major mural project was the stage backdrop at Boyd’s Jig and Reel in the Old City. Glover kept his nine-to-five job until the death of his father, when he realized that he didn’t want to play it safe anymore. Glover says he has no regrets about his decision to become a professional artist. There have been challenges, but he knew what he signed up for.