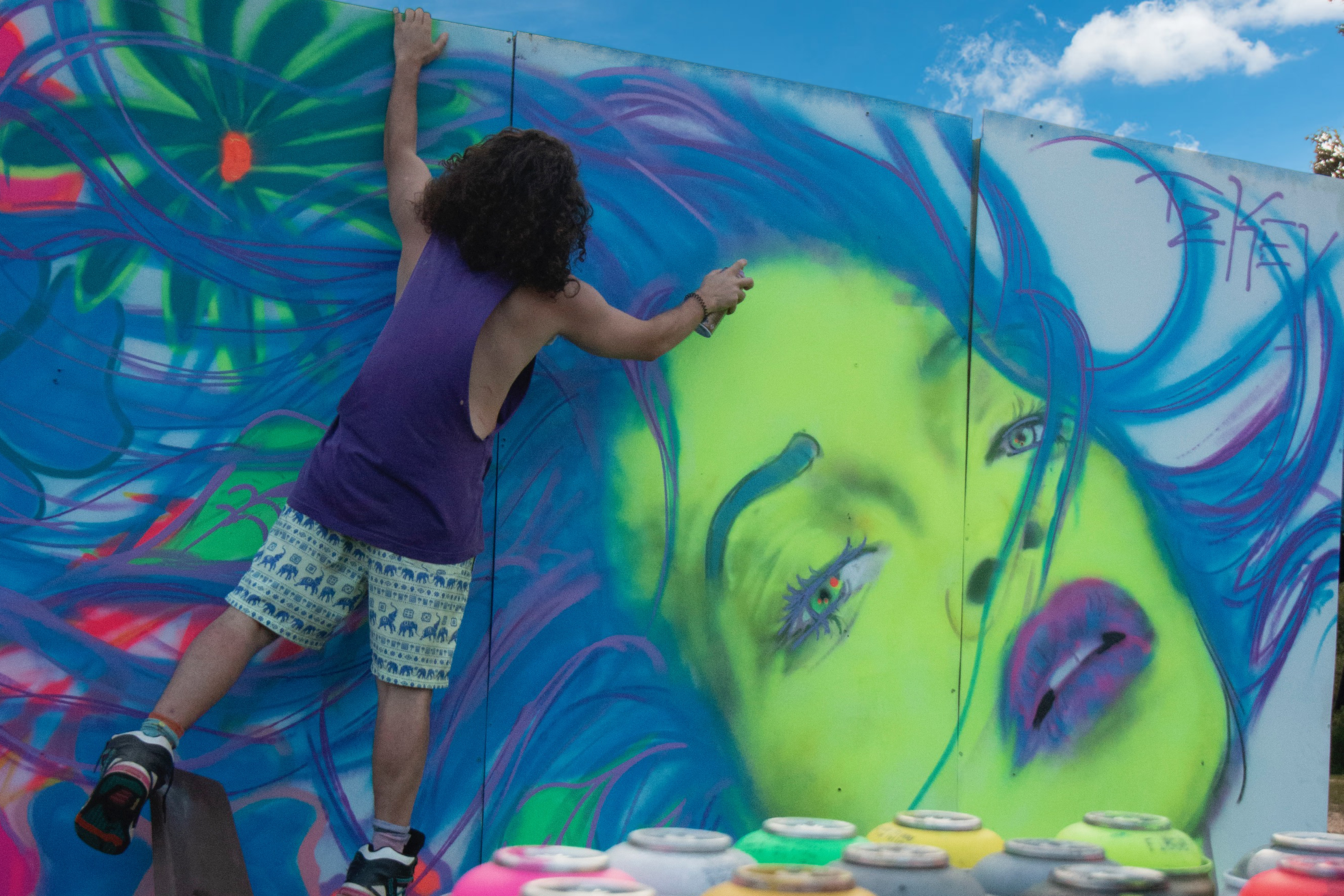 Tyler Z Key was born in Birmingham, Alabama. His brother David instilled a love for drawing in him at the early age of six, introducing him to comic books and soon he began creating his own drawings of fictional superheroes. Tyler honed this talent and adopted an entrepreneur’s mentality and traded his drawings for snack money, and upon finding realism, performed commissioned portraits throughout his school career. He attended the University of Alabama with one degree in business and another in the arts, with a focus on painting. During a serendipitous visit to the West Coast, Tyler found a love for street art and murals, in particular, sparking a flame in him to beautify the mundane and bring life to the drab concrete walls that surround our inner cities. This initiative which he has dubbed “Aesthetic Vandalism” is his long-term vision to make the world around us a little bit more awesome. His works can be seen throughout the city of Nashville, on the national festival circuit via the Grateful for Cereal Bus, on nationally syndicated television programs, and in installations at Bonnaroo, Hulaween, ACL, Mississippi Fest, Soundhaven and more.